Hit enter to search or ESC to close
Opinion

Is Apple’s Empire in danger? 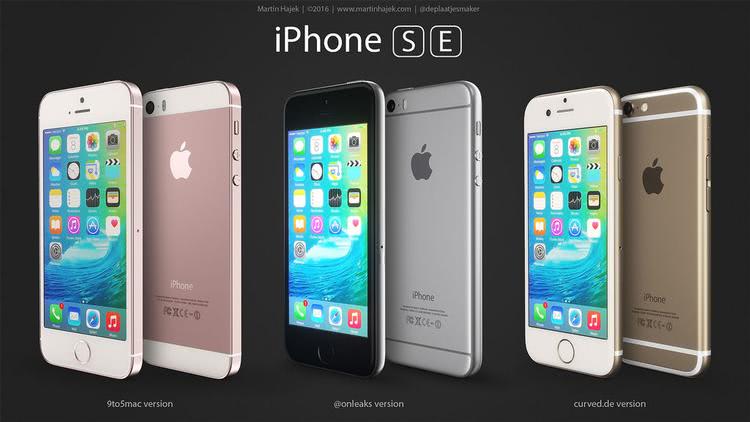 Is Apple starting to lose it? You may have already heard about the company’s first reported dip in sales since 2003. This is not quite reflective of their newest release, the iPhone 5SE, but it could make it worse for the makers of the most popular gadgets on the globe.

Could this be the beginning of the end of their long reign as the biggest tech manufacturer in the world? Yeah, I get it, it’s a bit of a leap. Lay off, I’m making a point.

It’s very possible at this point that, with mounting competition and a ridiculous amount of component copycats, Apple may have reached its apex in sales. There are only so many people in the world, right?

Samsung’s latest release of their 7th generation Galaxy line has shown to be miraculously Apple-like. They’ve reduced their penchant for saturating their consumer market with 3 or more different models of the same phone in different screen and storage sizes, and instead are focusing more on perfection of one model with a maximum of one variation.

In this case, we’re talking about the S7 and S7 edge. Previously, they came out with the S6, S6 Edge, and S6 Edge+, the latter of which was slightly larger than it’s little brother. It was a start towards what they’ve begun doing which is following Apple’s business model. But not the model we currently know to be Apple-y with the 6, 6+, 6S, 6S+, and the 5SE.

Has anyone realized that Apple is selling 5 different models of their phone now, with another new generation coming this September? Somehow, if trends continue the way they have, I don’t imagine CEO Tim Cook will look to get rid of the 6 just yet, their biggest selling unit in the entire line.

Apple has become the phone manufacturer that their late former CEO, Steve Jobs, feared becoming: the producer of a million different options. That thinking was the antithesis to what Jobs saw Apple as. His held belief was, that by giving people less options and making their one option a universal piece of technology that anyone can operate with simplicity and modesty, their standing on the market would never diminish and always be growing. That’s how Apple became the numero uno name is mobile phones by the turn of the decade, if not before that plainly on reputation.

Three years have passed since their Great Creator himself passed, and the company is doing everything the way that, even after Jobs’ first firing, brought them to their knees and forced them to beg Jobs to come back. Before he died, the iPhone 4 came out and made a killing. There were no variations of that model, and from what we know, Jobs wouldn’t have done such a thing. He would have jumped right into development for the iPhone 5. On top of everything, anytime a new iPhone would come out, it wouldn’t be without major, noticeable upgrades from the previous model.

Two weeks after he died, the 4S came out, and Siri became the new hot thing. This may have been the last major upgrade Jobs wanted on an iPhone to move the ground on the tech industry again, and its had a profound effect on the way other smartphone giants develop their phones for their customers.

Of course, later the iPhone 5 came out and finally, the screen was bigger, going with the trend of bigger-is-better in the smartphone world. But, barely a year later, they came out with two variations of the same phone on top: the 5C and the 5S. The 5C came in different colors. Woop-de-friggin-do.

And, yes, granted the 5S was the world’s first fingerprint-locked smartphone, and the processor was a slight upgrade on its predecessor, for a lot of consumers it was the first time that some didn’t feel the need to upgrade. There wasn’t a massive movement of people on the scale of the 4 or 5 where people needed the newest iPhone ASAP. A small group of consumers would say, “Yeah, nah, I’m sweet.” Personal reference, the sheer amount of 5’s that come to The Core is still amazing, just realizing how many people stopped making the switch at some point. We rarely, if ever, see 4’s or 4S’s, but 5’s are still used by heaps of people.

Okay, let’s settle back down. Apple has, for a long time, been a company that makes their consumers’ phones easier to operate, and making touch and voice control a staple to people’s lives along with a myriad of other revelations. But more recently, their model has been less to think ahead, but rather think big. Sure, thinking big is a great way for your products to have better screen resolution, processor speeds, screen sizes, storage space, etc. But that was what companies like Samsung, LG, and Huawei had been doing for years. They ended up holding on to Apple’s coat tails to try and keep up with how Apple tirelessly developed new and unheard of advances to their phones that wove themselves into the daily lives of their customers.

Apple has lost that spark of innovation and it’s been replaced with a petty sense of “we’re Apple, they’ll always buy from us”. That’s breeding a bad business model where the company can literally say or put anything into their products that’s even marginally superior to the last version, and then rely on their name to promote the product and generate sales.

Meanwhile, other companies like the aforementioned Samsung are making a killing on the market floors by minimizing the variables (multiple versions of one flagship phone), standing pat on a system (OS and business model-wise), and giving users a system that’s universally operable.

Which, if you’ve been sticking with me on this, was Apple’s model. Companies are wising up and cutting in on Apple’s action by using their own abandoned objective against them. How do you stop a juggernaut? Do as they do. Give people reason to doubt the supreme ownership of an entire market by submitting your own product with the same model. Even better if the behemoth company you are chasing decides that they’re on cruise control, because you’ll catch up to them and find them sleeping at the wheel.

Cook is a smart man, one of the smartest in the world. That’s not what’s in doubt. You have to be hyper intelligent with that extra X-factor to rise up the ranks of a company richer than a handful of small countries. But if what I’m arguing as his vision for the business is correct, then Apple is an empire on the decline, and they’re not going to recover easily unless something big happens.

If the company intends to continue being the main name in smartphones, then the iPhone 7 has to be a major release with critically acclaimed specs and features. Rumors have been scurrying all around the internet at lightning (HA!) speed about the potential for getting rid of the headphone jack, losing the screws at the bottom of the phone to keep it closed, the Wi-Fi antenna bands being moved to the top and bottom edges of the back frame, etc., and they’re fuelling the fervor for the newest model.

What happens if this release ends up a flop, though? The company’s smartphone division is reliant on their yearly releases to keep sales stable. It’s a tower of alphabet blocks stacked one on top of the other. It takes one rogue block to kill the balance and knock the whole thing down. If the phone doesn’t end up being a significant upgrade on the 6S, we’re looking at another down year for the company.

These next few months are going to decide Apple’s future. And I don’t imagine they’re taking that for granted. But what do I know? Maybe it’s not the 7 they’re releasing. Maybe it’s the 6SSE.

What do you guys think? Is Apple following a path back to the middle of the pack of competitors in the smartphone market? Has Samsung taken the steps necessary to get even with Apple? Let us know what you think!